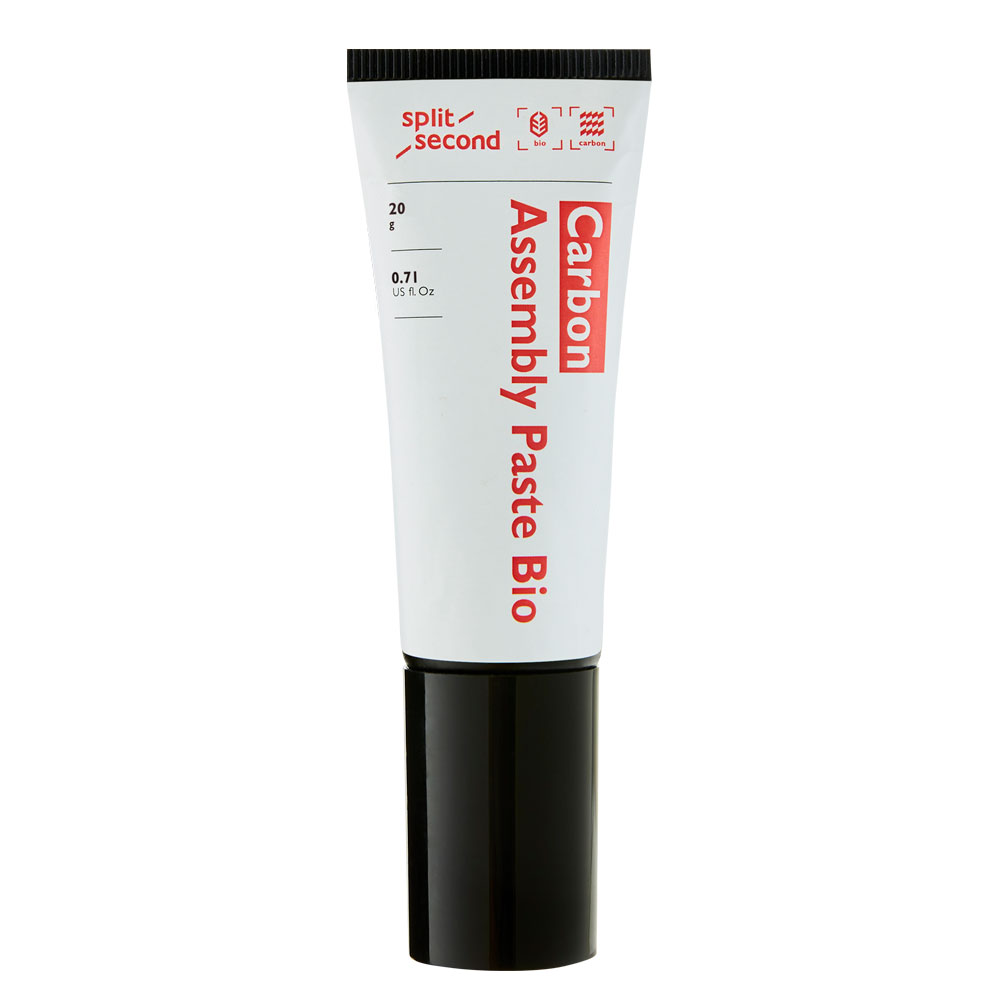 The Split Second Carbon Assembly Paste is a paste that was developed on the basis of vegetable fats. Like most other Split Second products, the Carbon Assembly Paste is fully biodegradable. The Split Second Carbon BIO assembly paste has been developed for the assembly of carbon and aluminum components by reducing the sliding of assembled parts by friction-increasing components. The assembly paste enables the tightening torques to be reduced. This effect effectively prevents high-quality components from being damaged by clamping them too tightly. The paste offers a high level of protection against moisture and corrosion. The Split Second Carbon assembly paste has a strong inhibiting effect without sticking. This effect comes about through the admixture of vegetable microparticles. By using this assembly paste, sensitive carbon frames and components are brought less to their load limit and annoying, typical noises are reduced. The assembly paste also offers a high level of protection and is highly water-repellent. The high-tech assembly paste is 100% compatible and can be used for carbon and aluminum components, even in combination. The most important applications are handling seat post clamps and connecting handlebars and stem.